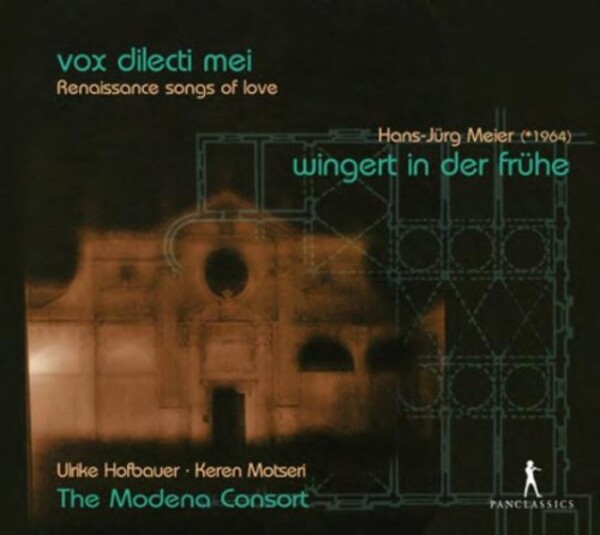 On the present recording, the Modena Consort combines Renaissance settings of the Song of Songs (by Josquin, Isaac, Senfl, Palestrina, Lasso and others) with the contemporary setting "Wingert in der frühe" ("vineyard in the morning") by the Swiss composer Hans-Jürg Meier (*1964). Meier's work is for soprano, four Renaissance transverse flutes and lute. Aside from the Song of Songs, his text also refers to the Church of Santa Maria Formosa in Venice, the proportions of which it musically traces.

Songs of the Renaissance are alternated seamlessly with new songs: the two sopranos Ulrike Hofbauer and Keren Motseri interpret this programme with clarity and lightness; both have a light timbre that blends ideally with the sound of the Renaissance flutes.