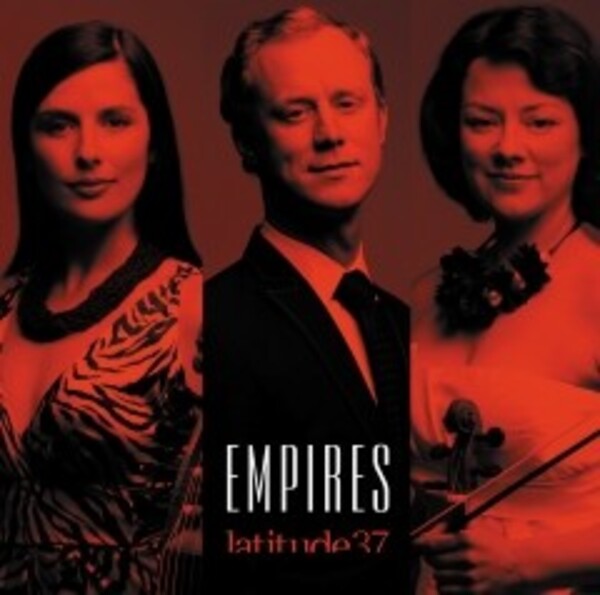 Latitude 37 made a name for themselves with their self-titled debut CD, a flamboyant and exuberant approach to the music of 17th-century Italy and Spain. 'Empires' continues to exploring that sound world, this time through the repertoire of 17th-century Germany. However, during the 17th century the borders of the Germanic Holy Roman Empire were being threatened by the mysterious and powerful Ottoman Empire, and it is from here that much of the disc draws its musical inspiration.

The music of the Holy Roman Empire presents repertoire of immense colour, gesture and raw emotional power, represented on this album in the music of Johann Christoph Bach (the nephew of J S Bachs grandfather), Buxtehude, Biber and Gottfried Finger. Germanys Lutheran religion put much value on the communicative powers of music, and the immense despair felt by the nation after thirty years of religious conflict was also expressed through its music.

Juxtaposed against this music from the Holy Roman Empire is an exploration of music from its borderlands with the Islamic Ottoman Empire. Borderland countries switched allegiances frequently and many cultures we know now as Eastern European were permanently spiced by the influence of the Turks. Nowhere is this more evident than in the fascinating musical sources from the regions of Croatia and Moldavia, to which Latitude 37 has turned for much of the music on Empires.

Western keys intermingled with Middle Eastern modes, and Arabic rhythmic intricacies blended with European duple and triple metres, create a new sound that portrays quite clearly how these musical traditions, rather than going to war against one another, sought inspiration from each other instead.

To demonstrate these colourful musical interactions, Latitude 37 has opted to surrender the Baroque theorbo and incorporate its Arabic predecessor, the oud. European bass drum and tambourine share the stage with Turkish percussion, including the daf, riq and the ceramic dahola, all united by the common thread of violin, viola da gamba (an instrument that itself has Arabic origins) and harpsichord to create an album that is both vital and poignant.