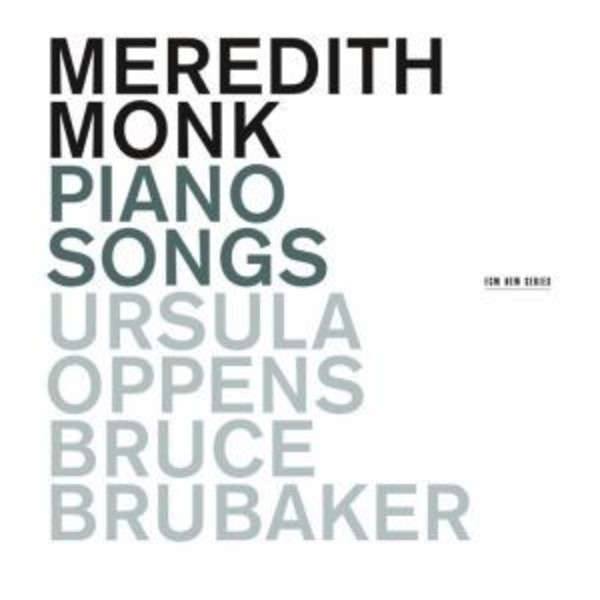 Celebrating Meredith Monk as composer, these Piano Songs present a world at once playful and earnest. Written or derived from work composed between 1971 and 2006, the pieces inhabit Monks unique universe, as played by two of new musics most distinguished interpreters, American pianists Ursula Oppens and Bruce Brubaker.

These pieces are songs because they have strong roots in Monks pieces for voice, and because they are direct, specific and imagistic. Meredith Monk on composing for two pianos: I delved into different relationships and possibilities between them; material passed back and forth, dialogues, interlocking phrases, shifts of figure and ground. In some pieces, I emphasized the individuality of each piano, writing for one player as the singer, the other as the accompaniment; in other pieces I wanted the two pianos to make one large sound.

She continues: Directness, purity, asymmetry, and above all transparency have always been important to me. The surface of the music is seemingly simple but the intricacy of detail and the combination of restraint and expressivity challenge the performer. Every gesture is exposed and clear.

Always drawn to 20th century music, particularly Mompou, Satie and Bartók, Meredith Monk began writing short piano studies in high school and college. After many years of concentrating on composing music for unaccompanied voice and then voice and organ, she went back to the piano with Paris in 1972. Thereafter, she began writing short piano pieces, each a world with its own topography, texture and mood.

Four solo pieces are included on this album but the majority, including Ellis Island, are for two pianos.