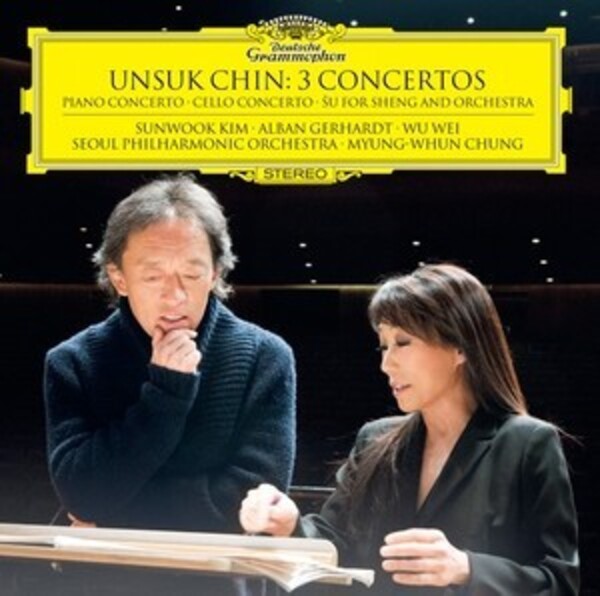 Solo concertos are important milestones in Unsuk Chins development as a creative artist: in each of them, the solo instruments possibilities are explored in terms of its sonorities and of the performers virtuosity, and re-examined in a new light.

Each of the three solo instruments featured in the present release has certain historic and acoustic properties that affect the way in which it works in harmony or in conflict with the orchestra.

This is a world premiere recording of Unsuk Chin's concertos, with Myung-Whun Chung and the Seoul Philharmonic Orchestra.

Receiving critical acclaim for her opera 'Alice in Wonderland' and other works, Unsuk Chin is currently the composer-in-residence for the SPO, promoting contemporary music to listeners.

The new album features soloists Alban Gerhardt for the cello concerto, Sunwook Kim for the piano concerto - the second collaboration with the SPO after the Beethoven 5th - and Wu Wei for the Sheng concerto.

Contents:
- Piano Concerto (1996/1997)
commissioned by the BBC for the BBC National Orchestra of Wales