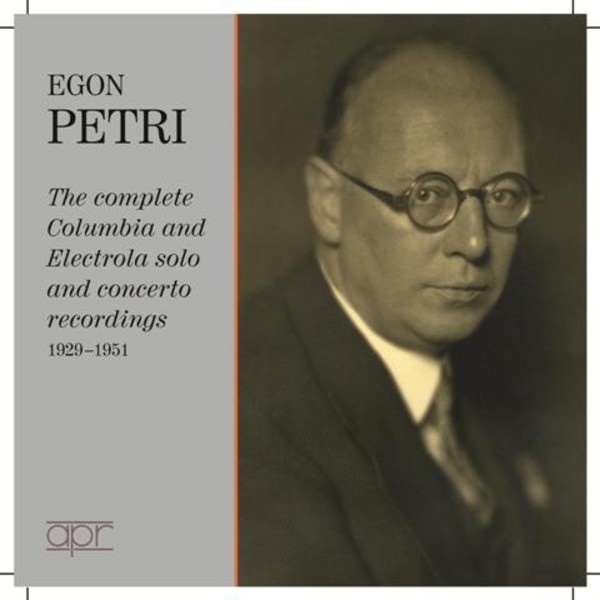 » no.3 In der Art eines Choralvorspiels
An die Jugend

» no.3 In der Art eines Choralvorspiels
An die Jugend

Egon Petri studied with Busoni and was perhaps his greatest disciple. In his fusion of intellect with an astonishing virtuoso technique, he echoed his master and gives us today the clearest idea of Busonis own legendary pianism.

Petri began recording quite late in his career (he was already 47 in 1928) and this set contains everything he did, apart from a few chamber works, until his final recordings for Columbia in 1951. He subsequently made further recordings for other labels, but the best of his work is contained here.

Highlights include perhaps the most spectacular Brahms Paganini Variations ever committed to disc, the uniquely important Busoni recordings, and a broad selection of Liszt, including very impressive performances of some of the Schubert song transcriptions. Finally, we are delighted to present recordings of Brahms Op.10 and Op.118 pieces made for Columbia in 1945 but not previously released.

Some of this material was previously available on APR but is now remastered, and in some cases, where better source material was obtained (eg the Chopin Preludes), re-transferred.