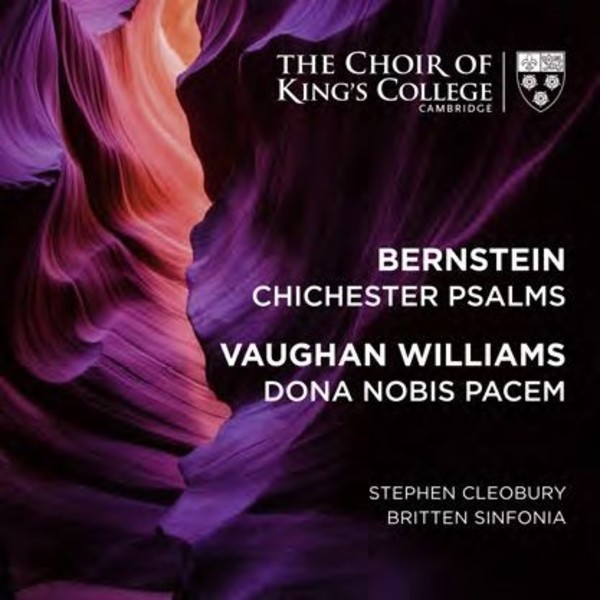 Bernstein at 100 is the celebration of the 100th birthday of the composer, conductor, educator, musician, cultural ambassador, and humanitarian. To celebrate this world-wide event, the Choir of Kings College, Cambridge and Britten Sinfonia present one of the composers most enduring works, Chichester Psalms. The voice occupies a special place in Bernsteins output, and Chichester Psalms stands as his most popular choral work. It is presented here in the version for choir, organ, percussion and harp, with the exquisite solo for boy treble.

Written in 1965, it is an exhilarating invocation of the composers hopes for brotherhood and peace. Sentiments which are mirrored by Vaughan Williamss impassioned Dona nobis pacem, which draws on texts from the Mass, three poems by Walt Whitman, a political speech, and sections of the Bible.

The Choir of Kings College, Cambridge is one of the worlds foremost choirs and unquestionably among the most widely heard. It owes its existence to King Henry VI, who envisaged the daily singing of services in its magnificent chapel. This remains the an important part of the lives of the sixteen choral scholars, who are educated at Kings College School, and the 14 choral scholars and two organ scholars, who study a variety of subjects in the College. The Choir has produced numerous professional singers including James Gilchrist, Christopher Purves and Gerald Finley.