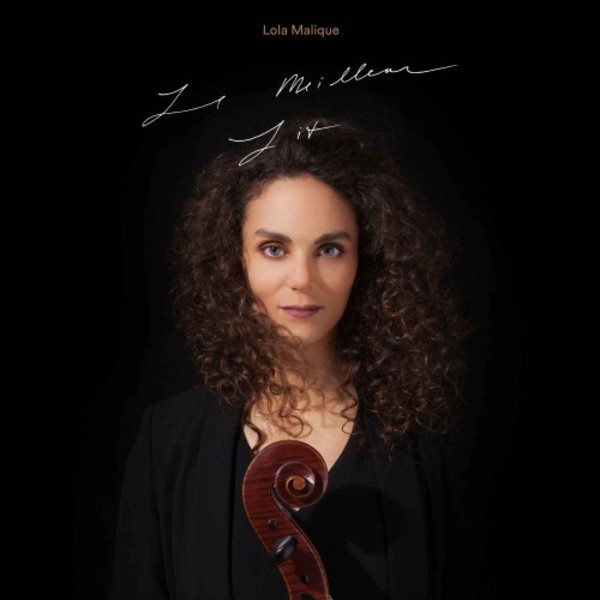 Born from the meeting of the cellist Lola Malique and the poet Abdellatif Laâbi (Goncourt Prize 2009 in Poetry), Le Meilleur Lit is an invitation to sharing and dreaming. Around them, voices, cultures and creations mingle, vibrate and dialogue. Throughout the album, poetry flakes and unveils itself, oscillating between intimacy and universality. Words adorn themselves with sounds, incarnate into words and songs; the gesture joins the word, often emphasizes it, thwarts is sometime. Major instrument of the western classical music, the cello plays the game, here, in every manner. With virtuoso variations, tweezers, scratches and vibrations, it moves us from a fluffy reverie to a painful but thrilling fragility, that prolongs a wild and wandering mood; it leads us after itself in the splendour and reminiscence of a traditional Turkish song; it charms us with sound depth and sensuousness. Soon, it gets silent, offering its full deepness to the poets voice; then, through a mysterious passage, it enjoins us to redo this path and listen attentively to its presage. Le Meilleur Lit is the story of places and meetings, grown along travels and friendships, recorded at nightfall among the tombs of the French kings and queens, or behind the moucharabiehs of the Arab World Institute in Paris; it is all echoed by these memories and the generosity of these migrations. Whether playing in the secret of the Dionysian Basilica or offering their poetic and musical conversation to the stroller, Lola Malique and her guests dream, philosophize, question and enchant the world. Le Meilleur Lit is a magnificent creation, made of dream, phantasmagory and fantasy; a visionary creation, carrying our collective conscience, our pains, desires and silent hopes. It is a rare and suspended moment, made of passion and sharing, just as the woman and the artist. In her first album Le Meilleur Lit, Lola Malique invokes her artistic encounters, each track recorded as duets with poets, musicians, singers and composers.