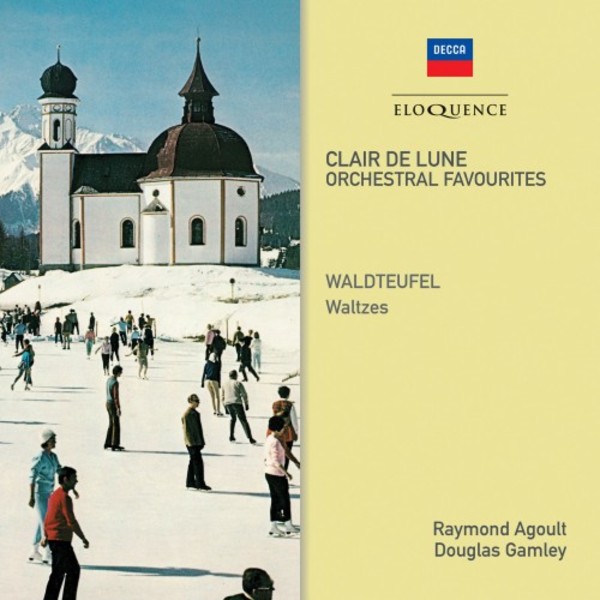 » Dance of the Blessed Spirits

» Dance of the Blessed Spirits

Recorded at Londons Kingsway Hall early in 1957 and first released in the US by RCA Victor, Overtures in Spades was a collection of operatic openers that enjoyed more popular currency then than they do now: Suppés Light Cavalry still features on radio playlists, less so his overtures to Morning, Noon and Night in Vienna or The Queen of Spades, while three 19th-century pieces of polished craftsmanship by Adam, Auber and Hérold are hardly known today.

Reissued as Overture! Overture! the album took another 12 years to be incorporated within the Decca catalogue, though the reviewers had enjoyed the dynamic Decca sound of the original recording as well as the full-bodied, exciting performances of a London studio band under the directorship of Raymond Agoult, a seasoned, Hungarian-born conductor of popular and light classics. In 1958 Agoult and the New Symphony Orchestra made a second record for Decca, Clair de lune, featuring gentle Andantes and tender Adagios - a Classic FM album before its time - by the likes of Debussy, Elgar, Tchaikovsky and Massenet.

Newly remastered from the original tapes, both albums are coupled on this Eloquence reissue with a rare LP of Waldteufel waltzes under the direction of another experienced, British-based session musician, the Australian-born Douglas Gamley. Waldteufels art lay in combining the easygoing feel and nostalgic pull of the Viennese waltz with a more brilliant, French style of orchestration: a synthesis that endeared him to English audiences in particular. This collection fills out a portrait of the composer beyond the ubiquitous Skaters Waltz to present six further waltzes and a Grenadiers march scored with surprising delicacy.