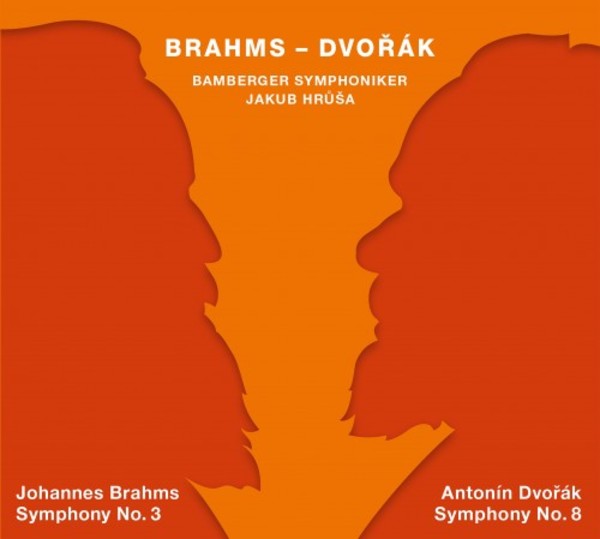 This is how Dvořák described his first encounter with the Third Symphony by Johannes Brahms: I can say without exaggeration that this work surpasses his first two symphonies; if not in grandeur and power of conception, then surely in  beauty! Its mood is not often found in Brahms! What glorious melodies are there! It is pure love, and the heart soars as one listens to it! And in the same vein, we may add that the last two movements perfectly match Dvořáks Symphony no.8, even if Brahms once said that Dvořáks Eighth was very well crafted as a symphony, but lacked the most important thing. This contradictory viewpoint makes the present combination particularly informative. Another aspect of this concept album lies in the character of the two works, such as for instance the last movements: Brahms ends with a farewell song  anticipating Mahler, where after solemn, comforting chorales the music falters and dies away... and the audience, overwhelmed, remains silent too... The contrast with Dvořáks last movement is extreme: this is a turbulent movement which begins with fanfares that almost bring us to our feet, and ends triumphantly, showing that Dvořák has entirely freed himself from the shackles of tradition.
The Bamberger Symphoniker and their young Czech chief conductor Jakub Hrůa are ideal interpreters of this unique musical pairing from the romantic era. And the response to the first album, featuring the Fourth Symphony by Brahms and Dvořáks Ninth From the New World, as well as the production of Smetanas My Country has proved that they fully deserve such praise.