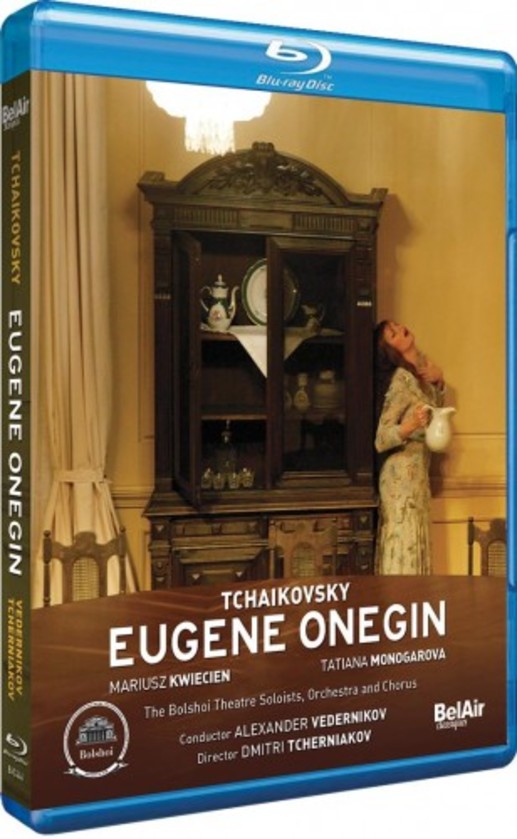 All the resources of the Bolshoi Theatre of Moscow are brought to bear to ensure this opera performance is an exceptional evening of theatre and song: a vocal line-up of the highest order with notably the baritone Mariusz Kwiecien and the Bolshoi Orchestra and Chorus conducted by Alexander Vedernikov.

With a stage setting as sombre as it is effective  a great dining table appears in the middle of a salon  the director Dmitri Tcherniakov separates two different worlds and lends the drama a clarity rarely reached.

The exceptional quality of this production, and the great success encountered by its first edition on DVD, inevitably led to the remastering in high-definition of this programme to celebrate the 10th anniversary of its original release. It is now and for the first time also available on Blu-ray.

Recorded in HD at the Palais Garnier, Paris, in 2009
TV direction: Chloé Perlemuter