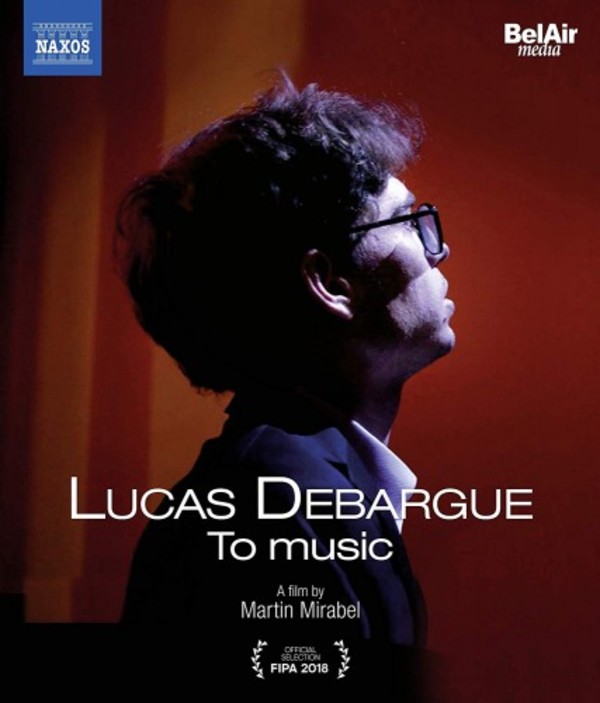 Lucas Debargue: To Music - A film by Martin Mirabel

A performer of fierce integrity and dazzling communicative power, young French pianist Lucas Debargue became the most talked-about artist of the fifteenth International Tchaikovsky Competition. This film offers unique insights into Debargues life as a musician at the beginning of a remarkable career, with rehearsals and concerts from Moscow to Chicago via Weimar and Salerno, revealing talents as a composer and jazz improvisor and his first-time entry into a world of recording studios, touring and fame, in a crucial year of discoveries.

French pianist Lucas Debargue was discovered through his performances at the 15th International Tchaikovsky Competition held in Moscow in year 2015, the Huffington Post commenting that there hasnt been a foreign pianist who has caused such a stir since Glenn Goulds arrival in Moscow in the midst of the Cold War, or Van Cliburns victory at the Tchaikovsky Competition. In 2017 Debargue was awarded the prestigious German music prize ECHO Klassik for Newcomer of the Year.

The documentary film Lucas Debargue: To Music has been made by Martin Mirabel, a long-time friend of Lucas. Mirabel is granted full access behind the scenes, and is able to provide a window into the kind of processes that go into performing and recording, and taking us to locations that include Paris, Moscow, Berlin, Weimar and Chicago. Debargue returns to his childhood town of Compiègne and reminisces about a time that has since become an unending source of inspiration and renewal. Less well-known aspects of his musicianship are explored, such as that eternal search for the essence of swing in jazz and the collaborative nature of his work as a composer. Recorded with the utmost sympathy and drawing out uniquely revealing aspects of Debarques life and perfectionist personality at the launch of his already astounding career in music, this is a valuable and magnetically entertaining document that none of his many fans will want to miss.