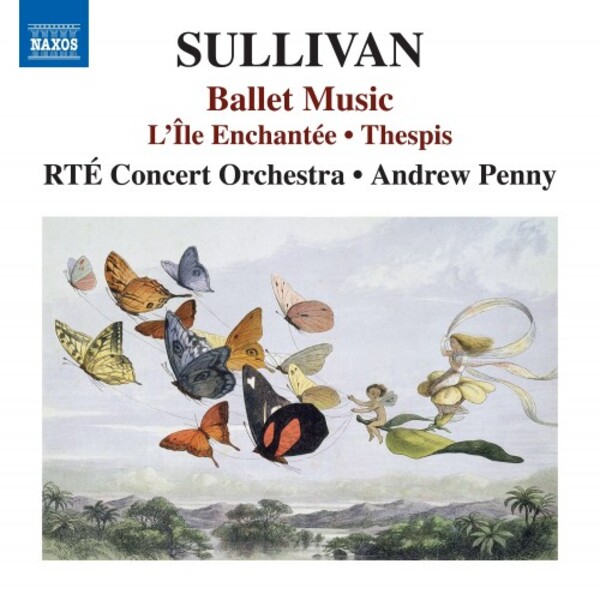 Soon after his return from studies in Leipzig, Sir Arthur Sullivan wrote his second work, LÎle Enchantée. This was a ballet score on the subject of a shipwrecked mariner which debuted at Covent Garden in the form of a divertissement at the end of Bellinis La sonnambula, where it was received with acclaim. This premiere recording restores passages Sullivan cut when presenting the work for concert performances. Thespis, a collaboration with W.S. Gilbert, is a flamboyant opera cum pantomime of which only fragments now remain  the works lost ballet has been rediscovered and restored by Roderick Spencer and Selwyn Tillett.

This release originally appeared on Marco Polo 8223460, released in 1992. Other Naxos discs of music by Sir Arthur Sullivan included the Overtures to operas with W.S. Gilbert (8554165), and the complete ballet to Pineapple Poll and the Irish Symphony in E major (8570351) that received a 10/10 score from ClassicsToday.com: a prime recommendation if you want to hear Sullivans major orchestral work alongside many of his best tunes, but without the voices. Marvellous!

Andrew Penny has made over 50 recordings for the Naxos and Marco Polo labels. Much of the repertoire is British Music such as film scores by Vaughan Williams with the RTÉ Concert Orchestra (Coastal Command and 49th Parallel Prelude on 8573658), described as brilliant by Fanfare. He was awarded the MBE for services to music in the Queens Birthday Honours of 2014, and was listed in the top 100 of the countys achievers in The Yorkshire Post in 2018.