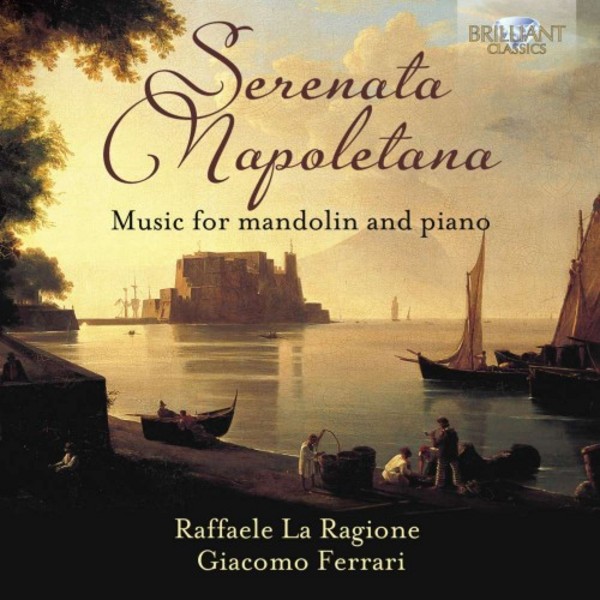 Suite for mandolin and piano

Suite for mandolin and piano

This release invites to you an evening in Naples, one of the most beautiful and romantic cities in the world, to listen to an enchanting collection of Neapolitan songs played on the mandolin, the instrument most closely related to that city of cities, accompanied on the piano.

Musicologist Ugo Orlandi collected these songs, most of which have never been recorded before, from 19th century sources. They are a tribute to the mandolin, treated as a serious classical instrument in that time, and to the traditional Neapolitan song, whose sentiment and content are so closely related to its city of origin.

The music is beautifully played by two young Italians, sharing their passion for this neglected genre.

Extensive liner notes on the music by Raffaele La Ragione.