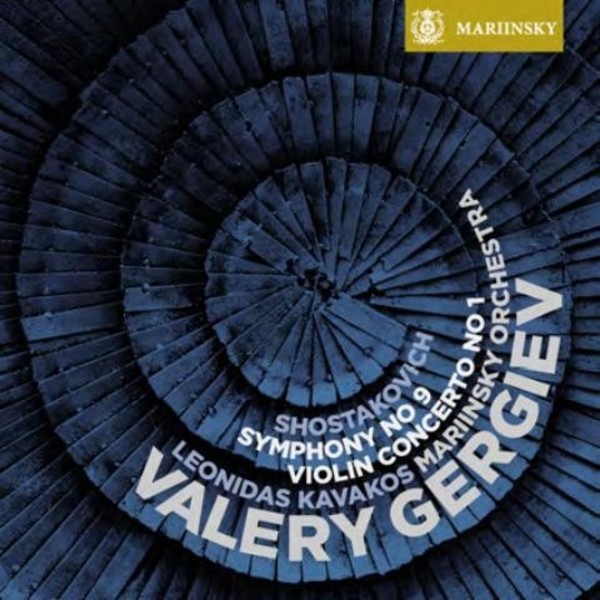 Shostakovich - Symphony No.9, Violin Concerto No.1

The Mariinsky Orchestras Shostakovich cycle has been an internationally acclaimed project, conducted by the foremost interpreter of our time.

Symphony No.9 is a deeply powerful composition in which Shostakovich unmasked the truth behind the ideology and pomp of officialdom. The powers of the day saw this symphony as a calculated provocation and made the composers life almost unbearable: Shostakovich would not premiere another symphony until the death of his oppressor, Stalin, in 1953.

This symphony is coupled with the late, dark and introspective Violin Concerto No.1, performed here by Leonidas Kavakos, currently Gramophones Artist of the Year 2014. Kavakos is recognised throughout the world as an artist of rare quality, known at the highest level for his virtuoso skills, superb musicianship and the integrity of his playing.

"He (Leonidas Kavakos) was more than soloist, he was like a character whose voice has gone beyond speech into music, sometimes initiating, sometimes reacting to Shostakovichs multi-layered tragedy  the work is more of a symphony with violin than a concerto. Kavakos was extraordinary... his visceral intelligence, incredible breadth of musical imagination, a ravishing range of sound that seems to emanate from within him through the violin, and his spellbinding, seemingly natural virtuosity." - Classicalsource.com

"Played with the music coursing through his entire body, and at one with the body of the orchestra, Kavakoss performance led to a rapid and spontaneous standing ovation." - The Times