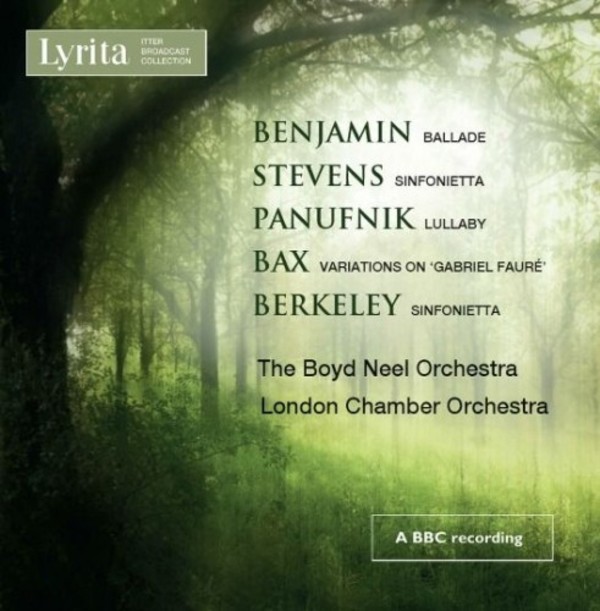 Variations on the name Gabriel Faure for string orchestra and harp

Variations on the name Gabriel Faure for string orchestra and harp

Let us composers, too, remember what Boyd Neel has done for us. Not only has he asked for and used new music but  heres the difference  he has used it many times. If Boyd Neel and his orchestra like and believe in new music, they play it over and over again until the audience get used to it and begin to like it too; not for it a first performance and then the dusty shelf.

This heartfelt tribute was written by Benjamin Britten, whose Variations on a Theme of Frank Bridge was written for the Boyd Neel Orchestra and premiered by them at the 1937 Salzburg Festival, thereby cementing the international reputation of both composer and performers.

The off-air recording of a BBC Third Programme broadcast from 31 January 1961 featured on this disc offers further evidence of the debt composers working in Britain owed to Neel.

In 1952 Richard Itter, the founder of Lyrita, began to make domestic recordings of BBC transmissions using state-of-the-art disc and tape recorders. He documented his collection but rarely listened to it, thus preserving a pristine archive. The Lyrita Recorded Edition Trust began a transfer programme in 2014 with the intention to release the best and rarest of these recordings to the public.