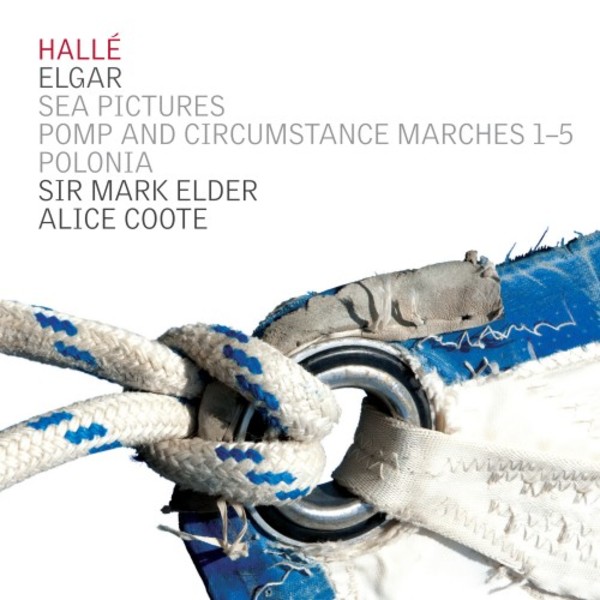 The latest release in Hallés award winning Elgar Edition features the much anticipated studio recording of Sea Pictures, coupled with the lesser known tone-poem Polonia and the five original Pomp and Circumstance Marches.

Following their recent chart topping release of Vaughan Williams (Sea Symphony CDHLL7542) Elder and his acclaimed forces present a volume of Elgar with revelatory performances of both much loved and lesser well known works.  Previous Elgar releases of The Dream of Gerontius (CDHLD7520) and The Kingdom (HLD7526) were universally acclaimed, each winning a Gramophone Award.

Premiered in 1899, shortly after the triumph of the Enigma Variations in London the previous month, Sea Pictures became an immediate hit (with two of the songs being performed with piano accompaniment for Queen Victoria at Balmoral two weeks after the premiere).  The cycle of five songs for which Elgar selected a variety of poems from his wide knowledge of literature, features a range of masterly orchestral textures and stunning vocal settings.

The featured soloist is world renowned mezzo soprano Alice Coote, regarded as one of the leading artists of our day, equally famed on the great operatic stages as in concert and recital she has been named the 'superlative British Mezzo' (San Francisco Chronicle). Her performances have been described as 'breathtaking in [its] sheer conviction and subtlety of perception' (The Times) and her voice as 'beautiful, to be sure, but, more importantly, it thrills you to the marrow.' (The Daily Telegraph).

Polonia has long been overlooked but this recording will re-establish this highly engaging tone-poem which quotes Polish tunes and Chopin, written as a tribute to Polands contribution to the Allied cause in the First World War, in a brilliantly orchestrated score.

Not all of the five original Pomp and Circumstance Marches are as universally well known as No.1 and No.4 and, although constructed on the same structural pattern, they display an extraordinary variety of character.  These orchestral showcases are a perfect vehicle with which to display the technical and artistic skill of the Hallé under Elder.