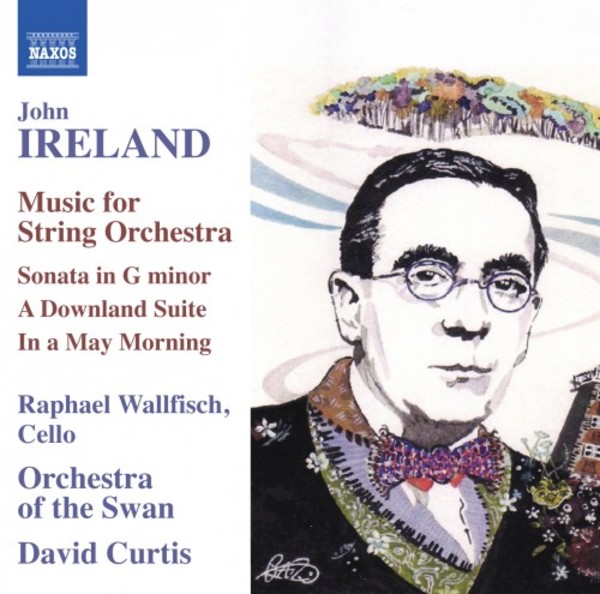 John Irelands music is often a response to landscape and romantic sensitivities. With its significant musical clues, broad, songlike melodies and turbulent finale, the Sonata in G minor is one of his most expressive and passionate works. A Downland Suite is one of Irelands most attractive compositions, especially its exquisite Elegy and popular Minuet made familiar through its use in radio and television. Irelands evocative piano works lend themselves well to string orchestra arrangements. They include the exquisite miniature Soliloquy and In a May Morning, the second movement of Sarnia, inspired by spring on Guernsey.

Evocations of rolling English landscape are ever-present in the music of John Ireland (1879-1962), whether implicit, as in A Downland Suite, or implied, as in the brooding Cello Sonata in G minor, played here with arresting vigour by Raphael Wallfisch in an arrangement for strings by Matthew Forbes. Wallfisch also finds grace in several tuneful miniatures, notably a Cavatina from 1904. David Curtis and the Orchestra of the Swan make light work of the bucolic Downland Suite, but it is perhaps the wistful Soliloquy, a piano piece from 1922 arranged for cello and strings by Graham Parlett, that most intrigues in a collection that charms but rarely excites.  Stephen Pritchard
The Observer 10 April 2016