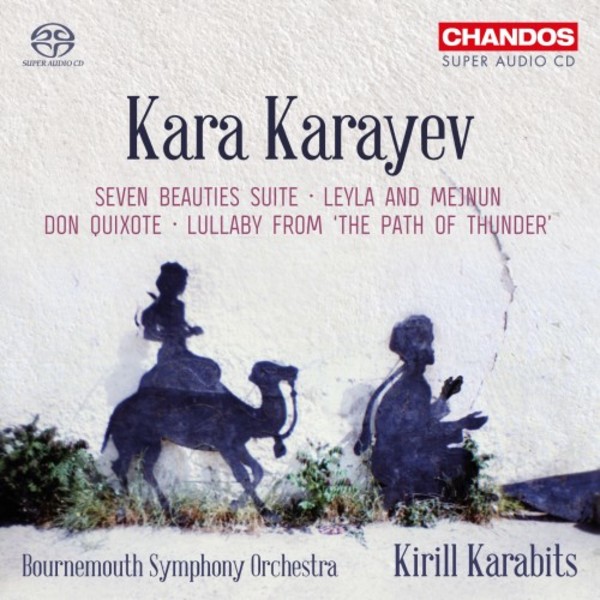 Don Quixote
Leyla and Mejnun
The Path of Thunder (ballet)

Don Quixote
Leyla and Mejnun
The Path of Thunder (ballet)

This set of idiomatically lyrical, rhythmic, and colourful interpretations by the Bournemouth Symphony Orchestra and its chief conductor, Kirill Karabits, who appears on Chandos for the first time, marks the start of a new series dedicated to lesser-known composers from former Soviet Union countries.

The Azerbaijani composer, teacher, folklore authority, and artistic dynamo Kara Karayev was at the forefront of his countrys musical life for almost four decades after the end of the Second World War, recognised as among the significant composers of the post-war Soviet Union. His compositions draw their material from his nations folk music as well as his personal voice, which emanated from Shostakovich and Prokofiev, Tchaikovskys ballets, and the fantasy operas of Rimsky-Korsakov.

At the dawn of Karayevs centenary, Kirill Karabits pays homage to the composer by exploring some of his best-known works: the Persian-inspired orchestral suite The Seven Beauties (later expanded into a full-length ballet), a movement from the ballet The Path of Thunder, the exuberant Don Quixote (drawing on music for a film), as well as the symphonic poem Leyla and Mejnun, after a poem which Byron called the Romeo and Juliet of the East.