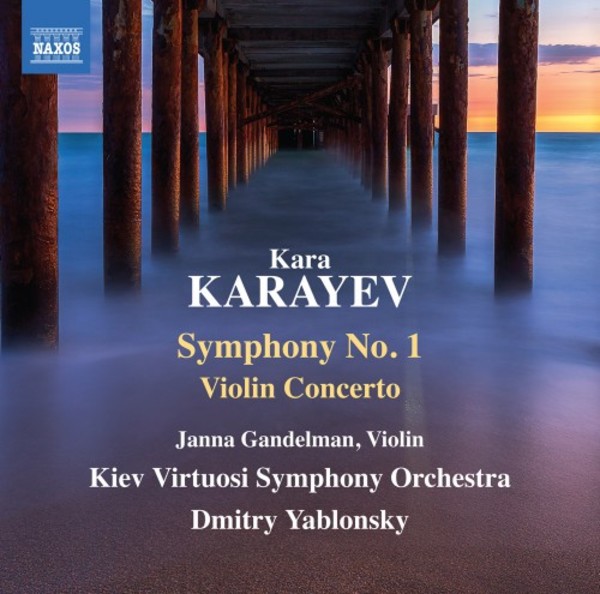 Symphony no.1 in B minor
Violin Concerto

Symphony no.1 in B minor
Violin Concerto

Kara Karayev was one of the most prominent figures in the music of 20th-century Azerbaijan, and an inspiration to subsequent generations of Azerbaijani composers. His eloquently expressive and tautly dramatic First Symphony is a significant work in Karayevs output, reflecting both the harmonies and melodic characteristics of the South Caucasus region and, in its orchestral brilliance, the influence of his mentor Shostakovich. The Violin Concerto shows a notable shift in style, exploring the serial techniques that add astringency and inventive depth to Karayevs already richly coloured and vividly diverse palette.

These two significant works by Kara Karayev have yet to break through into wider recognition.

The Naxos recording of Karayevs Third Symphony (8570720), also conducted by Dmitry Yablonsky, was considered an important release by ClassicsToday.com, and given a prime recommendation by Fanfare. In 2013 Naxos also released a recording of ballet suites The Seven Beauties and The Path of Thunder (8573122), works both considered very special by Yablonsky, and acclaimed as red-blooded performances by BBC Music Magazine. MusicWeb International adds that this disc is a prime example of the splendid work that Naxos has done over the past twenty-plus years in giving listeners the opportunity to hear little known music, excellently played.

One of Israels best kept secrets, violinist Janna Gandelman is concertmaster of the Jerusalem Symphony Orchestra and others, and has performed widely as both soloist and chamber musician alongside the likes of Gidon Kremer, Isaac Stern and Sol Gabetta.