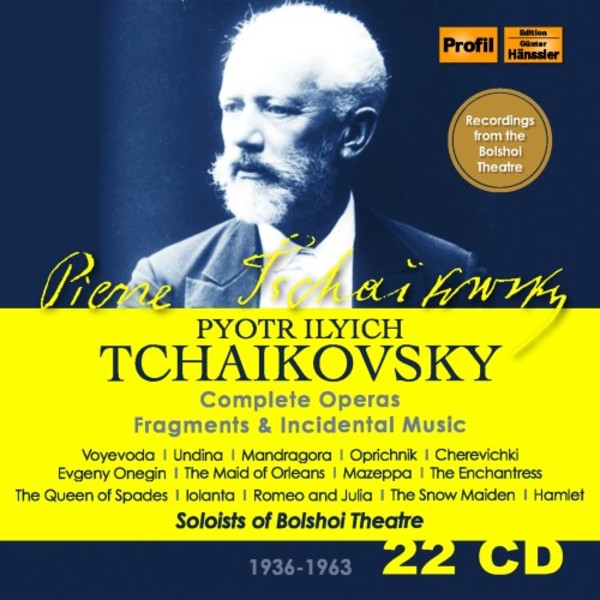 Pytor Ilyich Tchaikovsky was born in 1840, the second son of the engineer Ilya Petrovich Tchaikovsky and an educated middle-class mother, Alexandra Andreyevna, née Assier, in the remote Russian provincial town of Votkinsk.

That course led in 1867 to his first opera, The Voyevoda. After the disastrous premiere in 1869, the excessively self-critical composer burnt the manuscript of the work.

As a composer of opera, Tchaikovsky could seek inspiration in centuries of operatic tradition in western Europe, but the history of the opera in Russia had only just begun a few years before he was born.

Tchaikovskys last opera, Iolanta, never achieved the same popularity as Queen of Spades. And it certainly never attained the same reputation as his ballet The Nutcracker, premiered at the same time in 1892. When Tchaikovsky died in 1893, he was hailed worldwide primarily for his instrumental music and his ballets, the first Russian to be so revered. Depending on how you are counting the adaptations and fragments, he composed between nine and twelve operas.

This Edition also includes the stage music to Snegurochka (The Snow Maiden) and Hamlet.