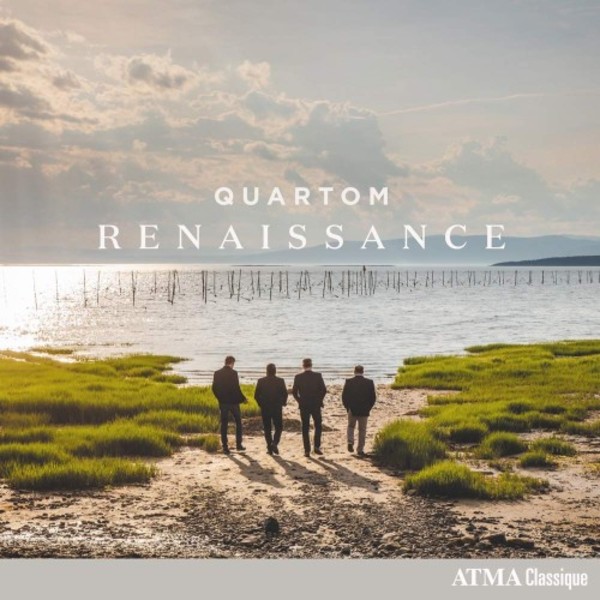 Renaissance, the latest album by the a cappella vocal quartet Quartom, encompasses Gregorian chant to works by Palestrina. The four talented singers invite listeners to join them on a spiritual journey in this album of sacred vocal music, recorded at St Esprit Church in Montreal.
Quartom was formed in April, 2008 and celebrates its 10th anniversary in2018. The exceptional Quebecois tenor Antonio Figueroa joins Quartom this year, replacing Gaetan Sauvageau. Quartoms discography includes three previous albums: the eponymously titled Quartom was released in 2013 and contains several pieces from the ensembles show La bonne nouvelle selon Quartom. Le Noel de Quartom (2014), and Acte III (2016, released on the ATMA label) was hailed by critics for the quality of the ensembles performances and the originality of the programme.
Quartom:
- Antonio Figueroa, tenor
- Benoît Le Blanc, baritone
- Julien Patenaude, baritone
- Philippe Martel, bass baritone