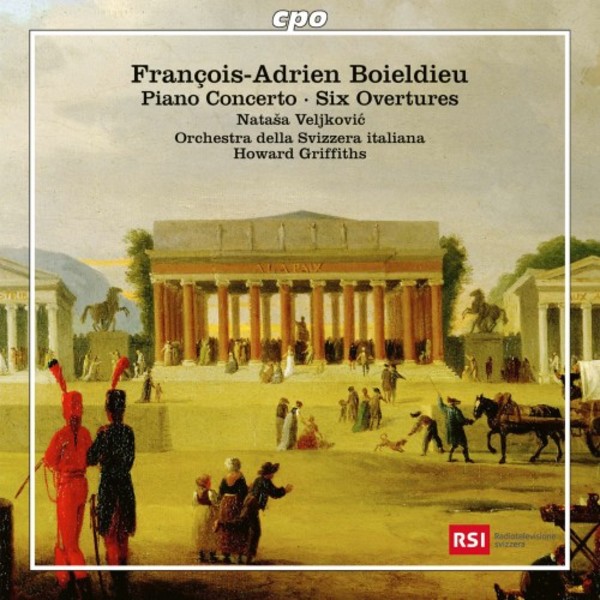 François-Adrien Boieldieu numbers among the most important exponents of the opéra comique of the French imperial era and the subsequent restoration. With La Dame blanche (1825) he even produced one of the internationally most successful works of this genre; it served as a model example for other composers and played a significant role in the further development of the opéra comique. François Boieldieu received his early training in music in particular from Charles Broches, the organist at the Rouen Cathedral. In 1796 he went to Paris, where he met Cherubini. From 1803 to 1811 he was the court music director in St. Petersburg, and in 1817 he became a professor of composition at the Paris Conservatory. In the overtures of his opéras comiques Boieldieu usually anticipates thematic material from the particular opera. As a result, the overture not only prepares the listener for the atmosphere and tone colour of the particular opéra comique but also provides for a recognition effect when the themes familiar from the overture reappear in a later phase of the stage action. The great wealth of melodic invention and the pronounced melodic cantability particularly characteristic of Boieldieus music and the Piano Concerto heard here (premiere: 1792 in Rouen) inspired his contemporaries to call him the French Mozart.