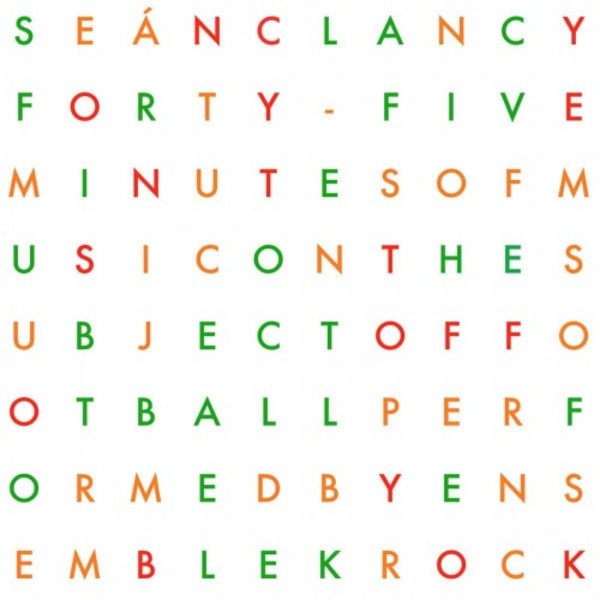 Clancy - Forty-Five Minutes of Music on the Subject of Football

Forty-Five Minutes of Music on the Subject of Football

Forty-Five Minutes of Music on the Subject of Football

Forty-Five Minutes of Music on the Subject of Football celebrates the historic victory of the 1994 Irish Football team with continuous pulses and a series of looped patterns rising and falling in moments of gradual transition or sudden difference. It also celebrates our diminishing ability to stay focused on a singular activity for more than two minutes. On 18 June 1994, Ireland played Italy in a game of football in the Giants stadium, New York to a crowd of over 75,000 people. Many, many more watched on television. This was Irelands first match and only victory in the 1994 World Cup. Ray Houghton scored the only goal of the game around eleven-and-a-half minutes whilst Irish players Terry Phelan, Tommy Coyne and Denis Irwin were all given yellow cards at various points. Apart from these sporadic events, nothing else of note took place and the second half was completely devoid of physical drama.

Dublin-born composer Seán Clancys music has been described as equal part sacred, seductive and superficial (Tempo), and as exploring the tensions between found and original material, narrative and rupture, elite and vernacular values, and between innovation and intervention (Journal of Music). His work deals with examining minimal amounts of material over extended periods of time, and most recently he has been exploring this process by performing on synthesisers, often collaborating with other soloists and ensembles.

Ensemble Krock is a Swedish collective of musicians and composers formed in 2005. They specialise in contemporary music for electric guitars, but also present new arrangements of old and forgotten works. They collaborate frequently with national and international composers in an experimental way, performing anything from solo repertoire to chamber music with dancers, singers, other ensembles, visual artists and opera.

The music moves from even metres with unchanging patterns, to irregular metres with intense bursts of energy  Clancys composition might just be a work of football through to the final whistle.  Benedict Schlepper-Connolly, Journal of Music