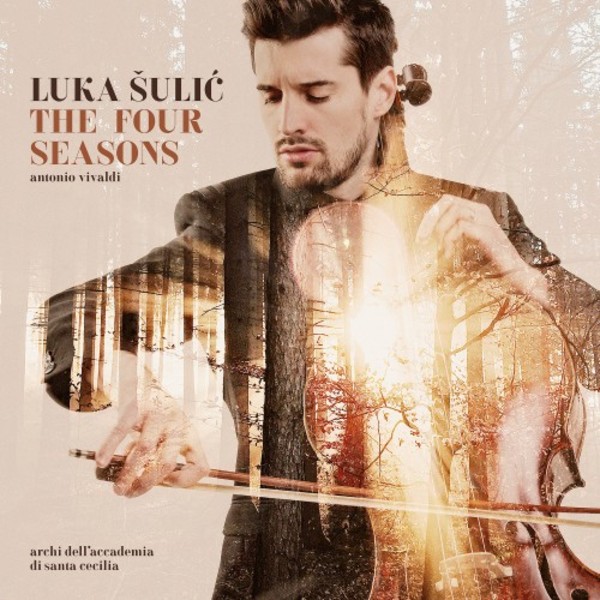 Internationally renowned cellist Luka ulić returns to his core classical roots with his recording of Antonio Vivaldis masterpiece The Four Seasons. Recorded at the Forum Music Village studios in Rome, Italy  the former home of Ennio Morricone and currently celebrating its 50th year in operation  and joined by Archi dell'Accademia di Santa Cecilia with conductor Luigi Piovano, ulićs solo debut is notable because it is one of the first times these celebrated concertos have ever been recorded in full on the cello.

Luka ulić graduated from the acclaimed Royal Academy of Music in 2011. ulić has won a series of top prizes at prestigious international music competitions including First and Special Prize at the VII Lutosławski International Cello Competition in Warsaw (2009) and First Prize at the Royal Academy of Music Patrons Award in Wigmore Hall (2011) among others. ulić gained worldwide recognition in 2011 when he joined forces with acclaimed cellist Stjepan Hauser and formed 2CELLOS. Breaking the boundaries between different genres of music, 2CELLOS  is one of the most popular crossover artists of 21st century.