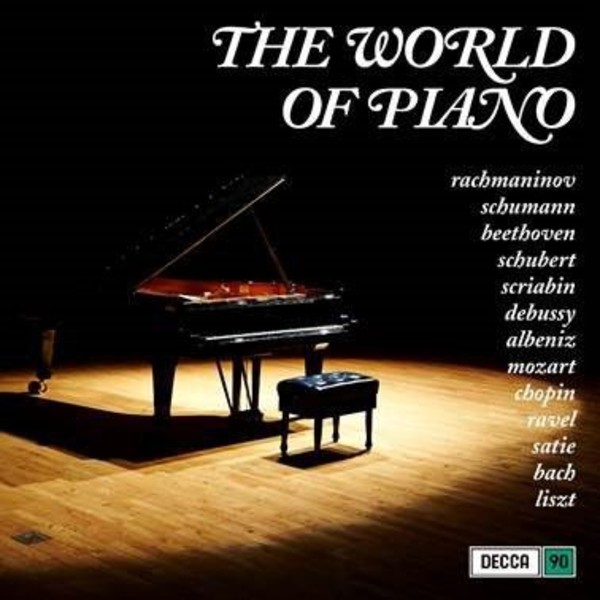 The World of Piano (Vinyl LP)

In the late 1960s, Decca was playing to its strengths  mass marketing classical and easy-listening recordings just as it had been doing since the late 1920s. In April of 1968, Decca entered into a venture that would see its repertoire prominently displayed by non-specialist retailers, and after much resistance, it moved into the world of budget releases, with the beginning of its much loved The World Of series in 1968. The first album set out the series stall perfectly, focusing on one of the labels biggest selling artists: The World of Mantovani was a fourteen-track collection derived from the conductors sizeable catalogue on Decca.

The World Of series acted as perfect primers, and the price put it at almost half the price of full-price albums. Its whole raison dêtre was to drive sales of the artists repertoire: inviting consumers to dip in here and discover more ... while the rear sleeve clearly offered the catalogue numbers of the parent albums. Later, the World Ofs would also become treasure troves for rarities and one-offs.

Initially, the series stayed in the Easy territory and by the end of 69, 54 titles were available. Unsurprisingly, given the labels heritage, classical repertoire would also become a mainstay. The first classical LP was one of the early issues: The World of Johann Strauss. The series treated classical music much like pop: compiling the most popular pieces and presenting them across two sides - foreshadowing todays ubiquitous Best Of playlists. The series would run throughout the 1970s and become synonymous with the label. It was taken so seriously that David Bowie himself offered the track listing for his own addition to the series.

- Perfect primers to The World Of...