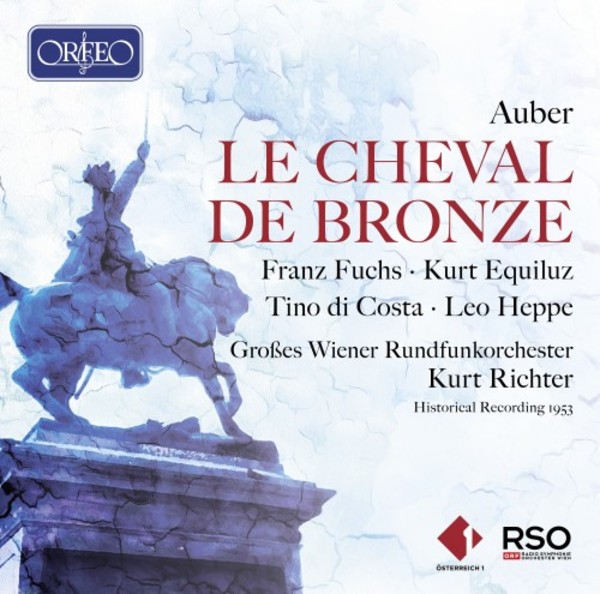 Daniel François Esprit Auber (1782-1871) was the most amiable French composer of the 19th century. His sparkling and beautiful overtures were once universally as famous as those of Rossini and Suppé. The greatest turning point in Aubers life was meeting the librettist Eugène Scribe (1791-1861), with whom he developed a long and hugely successful working partnership. Success followed success; works such as Le Maçon (1825) and La Muette de Portici (1828) brought Auber public fame and official recognition.

Le Cheval de bronze, an opéra-féerique in three acts, derived from the tale Les Sept Fils du Calender in The Arabian Nights, unfolds in Shantung providence in a fairy tale China of long ago. The magical Bronze Horse of the title, appearing mysteriously on a nearby hill, will transport any man who climbs onto its back to the planet Venus, home to group of female sirens, led by the lovely Princess Stella. If the traveller in space can resist the sirens advances, he can return to earth with the lady of his choice; if not, he is whisked back alone, and turned to stone if he speaks of his experiences