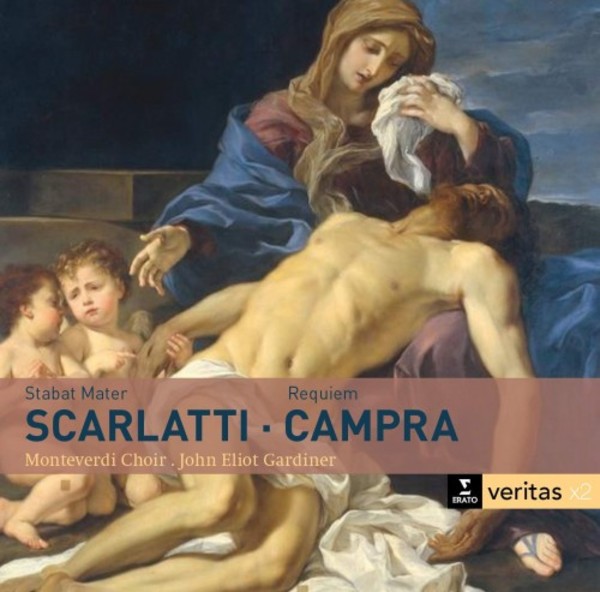 These works by Scarlatti, Cavalli, Gesualdo and Clément form a posy in honour of the Virgin, a reflection and echo of the abundant wealth of Western polyphony. The pieces recorded here share an undoubted Roman Catholic identity. They are, as it were, witnesses, each in its own way, of the ever-renewed adventure of discovery of choral singing, and they illustrate the idea of a Marian liturgy that is both a source of beauty and emotion and a spiritual guide to the faithful.

Campra, born in Aix-en-Provence, wrote: I have attempted to mingle as much as possible the delicacy of French music with the liveliness of Italian music. This aim can be seen as the guiding principle governing his entire musical output, whether religious or secular. His Requiem, which was probably written in the last decade of the 17th century, and whose mystical power is undeniable, is no exception. It probably represents one of the most beautiful and successful combinations of French and Italian styles.

While an undergraduate at Cambridge, John Eliot Gardiner launched his career as a conductor with a performance of Vespro della Beata Vergine by Monteverdi, in 1964, which led to the foundation of the Monteverdi Choir. In 1968 he founded the Monteverdi Orchestra. Having changed from modern instruments to period instruments in 1977, the orchestra changed its name to the English Baroque Soloists in 1978. Gardiner is one of the leading conductors of the historically informed movement.