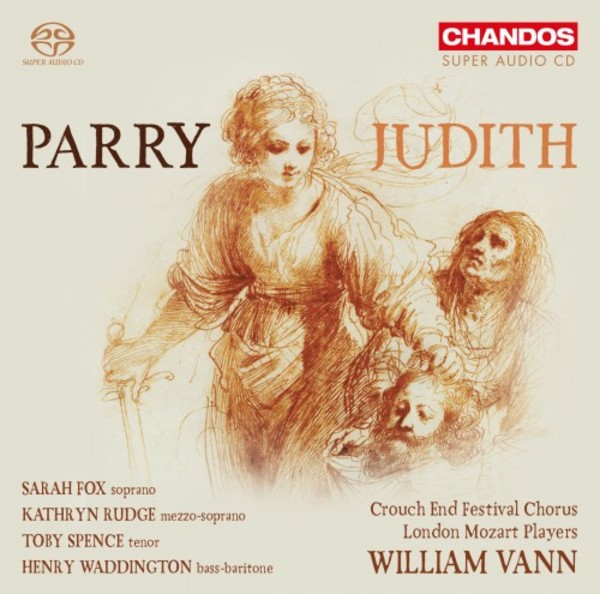 Recorded after the first London performance for over 130 years, Parrys neglected oratorio here appears on disc for the very first time. Having been commissioned by the Birmingham Festival, Parry decided to combine the Old Testament stories of Manasseh and Judith. A good deal of the libretto was provided by Parry himself, who took other texts from the biblical books of Isaiah, Psalms, and Judith. Having originally conceived the work in four acts, Parry condensed it into two. Judith was premiered by Richter in Birmingham in August 1888, and it consolidated Parrys reputation as a choral composer, numerous performances following in Edinburgh and in London. Although popular in his lifetime, Judith fell into obscurity after Parrys death. It has been recorded in Surround Sound and will be released on Hybrid SACD.

Parrys Judith  the hit of the 1888 Birmingham Triennial Festival  went completely unperformed in the UK between 1951 and 2019. Incredibly, for a work that was once so admired, there has never been a full-length recording. This magnificent account from Chandos, featuring the team that gave that 2019 performance, fills one of the most significant gaps in the discography of British music and brings us closer to a full artistic picture of the composer whom Elgar called the head of our art in this country.  This is a landmark recording.  Richard Bratby
Gramophone April 2020