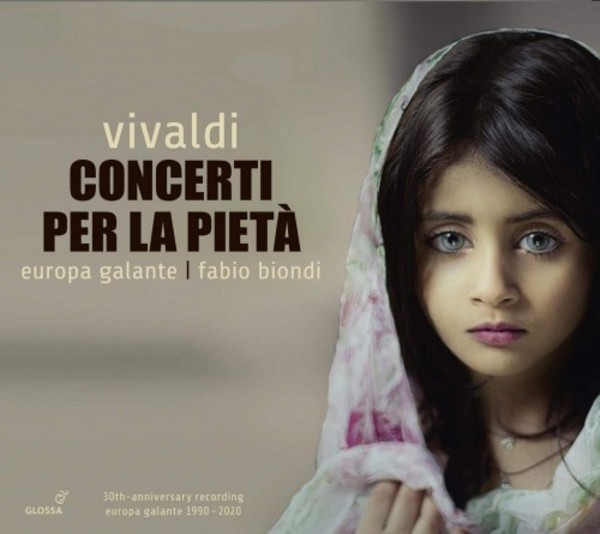 Violinist Fabio Biondi has a singular capacity for finding something new and exciting in the music of Antonio Vivaldi whenever he considers it, a prodigious feat which he demonstrates with Concerti per La Pietà, a new collection of works calling for a variety of demanding solo challenges, superbly met by Biondi and his colleagues from Europa Galante.

In his Venetian years the compositions of Vivaldi showed an inventiveness, fed by the composer working with one of the leading orchestras of early eighteenth-century Europe: the one at the Ospedale della Pietà, the charitable institution which took in, cared for  and educated  girls who had been orphaned or abandoned. Within the ospedale were nurtured instrumental virtuosos  known today only by their sporting nicknames: Bettina della viola, Margherita del arpa doppia, Lucieta della tromba, etc. Calling variously for solo violin, two violins, lute, cello, organ, or viola damore (Biondi plays an unreconstructed 1758 Vinaccia instrument), the concertos recorded here are drawn from across the thirty years in which Vivaldi worked at the ospedale. The freshness and personal touch of Fabio Biondis music-making with Europa Galante has itself now been in evidence for a remarkable three decades and this new album, conceived as a special 30th-anniversary recording, wont disappoint listeners ready to have their preconceptions challenged yet be stimulated by consummate musicianship.