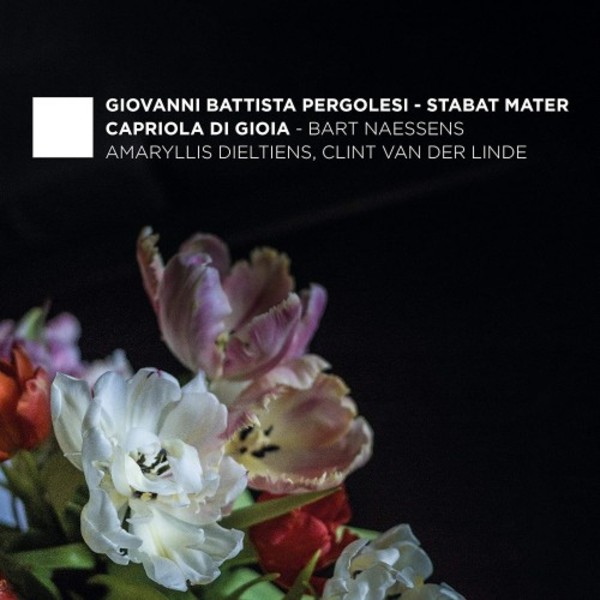 The Stabat Mater by the Italian late baroque composer Giovanni Battista Pergolesi (1710-1736) invariably holds the number one position in many western classical music charts. In Pergolesis own era, his composition received enormous acclaim and was frequently a source of inspiration for the many tone poets who wanted to follow in his footsteps.
For this version, we brought together two wonderful vocalists who are symbiotic and complementary both in terms of personality and musical interpretation: soprano Amaryllis Dieltiens and countertenor Clint van der Linde. To emphasise the intimate and personal character of the work we have deliberately chosen a string ensemble with solo instruments, Capriola di Gioia, supported by the most traditional line-up of basso continuo in sacred music (organ and theorbo), which was given all possible improvisational freedom.
This resulted in a new, fresh interpretation of this well-known piece of music, while we searched for the primal emotions of this beautiful poem about Mary and the melody it inspired. The Venetian composer Antonio Caldara wrote an oratorio, Maddalena ai Piedi di Cristo, in which this more earthly love is beautifully set to music. His sacred music excels through its simplicity, transparency and endlessly creative melodic inventions.
The wondrous melodies grow with limitless artistry out of a simple bass structure, with which Caldara manages to create an enormously expressive piece and, like Pergolesi, translates this text into music so well. We chose three arias from the oratorio sung by Maria Magdalene, which reflect her loss while she stands at the feet of her beloved Jesus.