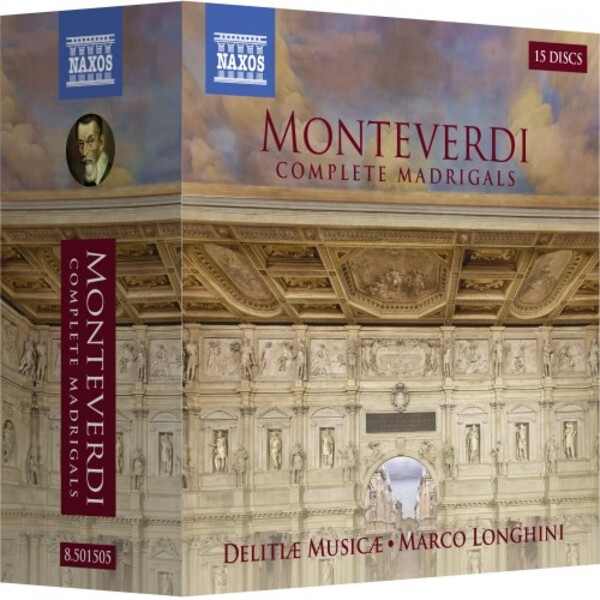 The madrigal, written for courts and patrons, was the ultimate secular song. The genre reached its zenith with the works of Claudio Monteverdi in successive books that trace his technical and expressive innovations. In them, Monteverdi explored themes such as the vicissitudes and pleasures of love, as well as the art of war, and the pain of loss. The editions used in these recordings are the most authentic and uncut, and, in keeping with 17th-century practice, employ male voices only. Praised as compelling, simultaneously controlled and imaginative (American Record Guide) the collection also includes pieces never before recorded.
The instrumental and vocal ensemble Delitiæ Musicæ is considered one of the most enterprising Italian early music ensembles, with important recordings in the last 20 years that include the Missa Philomena Praevia of Verdelot, four widely acclaimed albums dedicated to Masses of Palestrina based on the compositions of the Flemish composer Cipriano de Rore, Lupus and Jacquet de Mantua. The unconventional yet impassioned interpretations by Delitiæ Musicæ and Marco Longhini are seen as an important regeneration of Italian Renaissance and Baroque music.