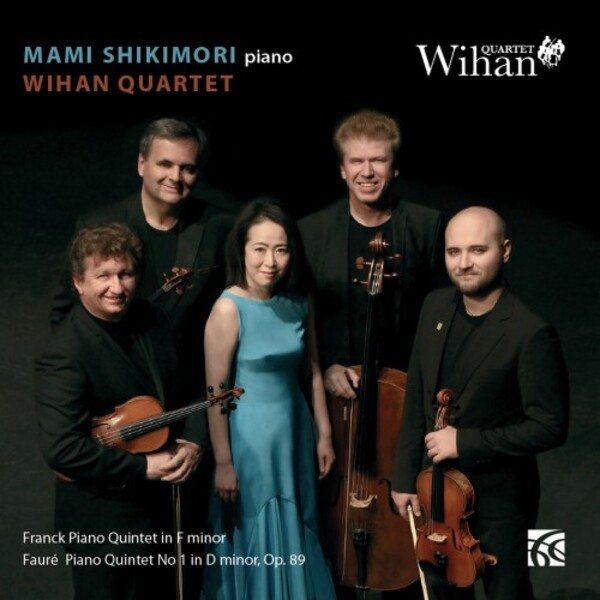 Composed in 1879, the Piano Quintet in F minor by César Franck belongs to the fruitful final period of his creative life. It heralded the start of an impressive sequence of late orchestral and chamber pieces which set the seal upon his career. The Piano Quintet was premiered in Paris on 17 January 1880 by the Marsick Quartet with Saint-Saëns at the piano.
During the last quarter of the 19th century and into the 1920s, it was Gabriel Fauré who made the most substantial and lasting contribution to French chamber music. Faurés Piano Quintet no.1 renews the powerful concentration of his earlier Piano Quartets in its outer movements, while also looking forward to the composers later works in the sophisticated phrasing and chromaticism of its extended Adagio. Vibrant and spirited, it may be counted among the composers finest creations.
Described by the BBC Music Magazine as strong and sensitive and dazzling, Japanese pianist Mami Shikimori has performed at world-renowned concert venues around the globe. Her third album Tchaikovsky Piano Music has received critical acclaim and is frequently broadcast on radio stations such as BBC Radio 3 and Classic FM. It has recently been featured in the Canadian radio programme Women in music on the Grand 101 as well as on Classic FMs programme Rarely heard gems. Mami Shikimori was trained at the Royal College of Music in London. Her teachers include Christopher Elton, Bernard Roberts and Jean Anderson.
Since winning the London International String Quartet Competition in 1991 the Wihan Quartet have developed an impressive international career, which includes visits to major festivals in Europe and the Far East. The Quartet celebrated its 30th anniversary in 2015 and its outstanding reputation for the interpretation of its native Czech heritage and of the many classical, romantic and modern masterpieces of the string quartet repertoire is widely acknowledged.