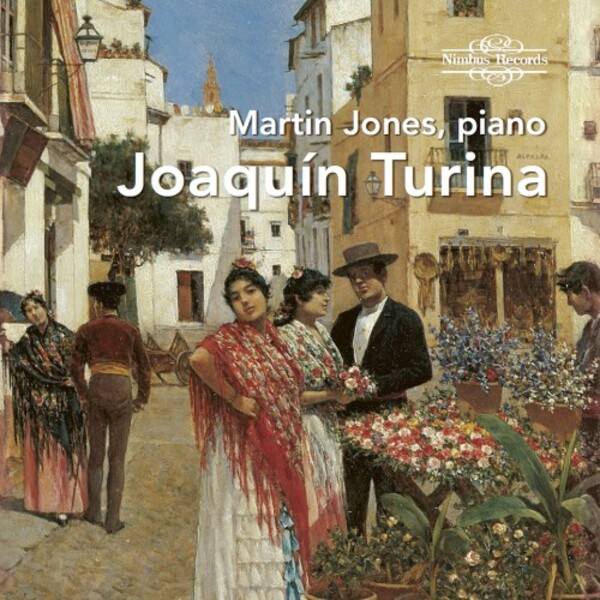 Turinas principal works are conceived for large forces and on a broad canvas, but he turned to the piano for the creation of suites of evocative miniatures throughout his life.
Martin Jones has been one of Britains most highly regarded solo pianists since first coming to international attention in 1968 when he received the Dame Myra Hess Award. The same year he made his London debut at the Queen Elizabeth Hall and his New York debut at Carnegie Hall, and ever since has been in demand for recitals and concerto performances on both sides of the Atlantic. He is a prolific recording artist and his many major projects include the complete solo piano works of Mendelssohn, Brahms, Debussy, Grainger, Stravinsky, Korngold, Szymanowski, Granados, Guastavino, Mompou, Ernesto Halffter, Joaquin Nin, Has Gál, Jean Françaix, Jean Roger-Ducasse, and Alan Richardson.
Martin Jones as a recording artist has been part of my listening experience for almost as long as Ive been collecting LPs and CDs. Seeing his distinguished and still active career celebrated by Nimbus Records in this way is a true delight.  Dominy Clements, musicweb-international.com