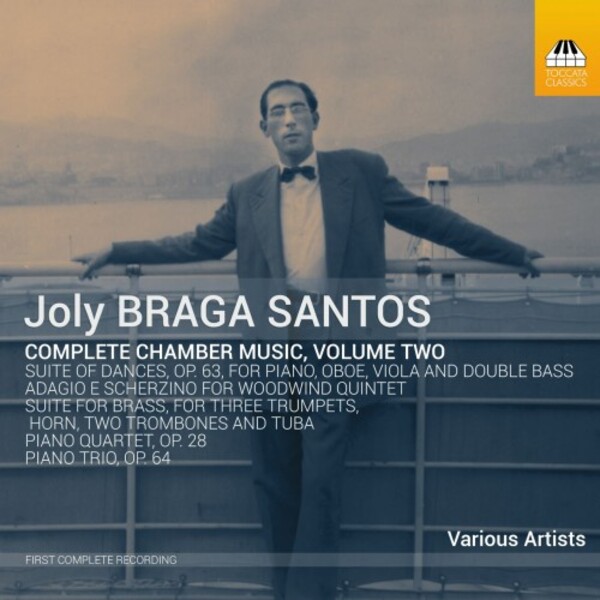 Joly Braga Santos (1924-88) was one of the most important composers in twentieth-century Portugal. In his early works his fondness for modal harmony, absorbed from the Portuguese masters of the Renaissance, and his busy counterpoint combine to make him sound surprisingly close to such particularly English composers as Vaughan Williams and Moeran. Although his harmonic language became more astringent with time, it retained a burly sense of humour and a powerful charge of energy, often infused with the spirit of Portuguese folk-dance. The five works on this second volume cover three decades of composition, from the mid-1950s to the mid-1980s, and offer a wide array of instrumental combinations.
Braga Santoss early work is often compared to music by Vaughan Williams and Walton, and it would be idle to deny the resemblance; it employs modality and demonstrates a notable gift for counterpoint... For me, the cherry on the cake is the Sextet, in which the composers modal lyricism has been enriched by new harmonic thinking and employment of chromaticism... All three works are superbly performed, with energy and true passion.  Gramophone, March 2020 (Vol.1, TOCC0207)