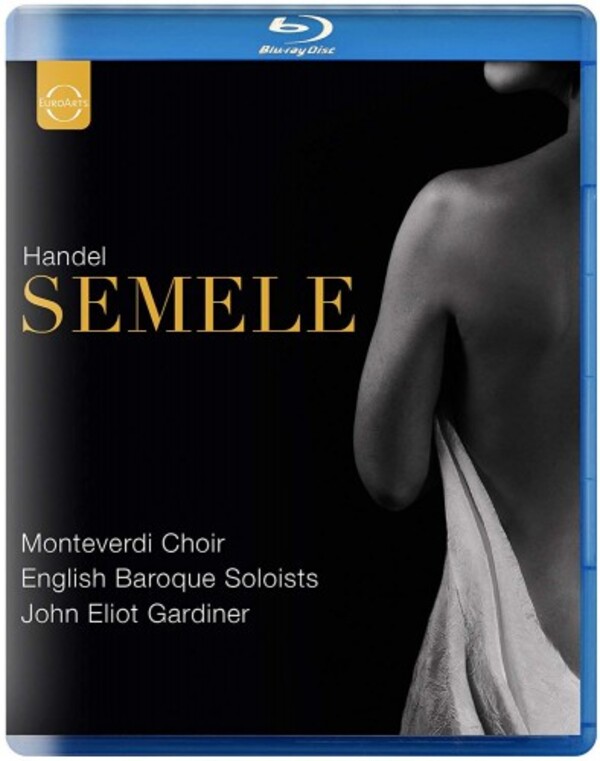 In Spring 2019, the Monteverdi Choir and English Baroque Soloists, led by John Eliot Gardiner, presented a critically-acclaimed European tour of Handels opera Semele, including the performance at Alexandra Palace Theatre in London, where this live recording took place.

A glamorous team of young soloists joins the Monteverdi ensembles to bring the story of Semele to life, including celebrated English soprano Louise Alder, who takes on the title role, with the young tenor Hugo Hymas portraying the amorous Jupiter.

Semeles musical score is a glorious blend of irresistible solo arias  some virtuosic showstoppers, others lyrical, sensual and evocative, ensembles, duets, accompanied recitatives and (unlike his operas) imposing choruses. Still more than when I first performed it and recorded it almost forty years ago, I feel Semeles time has finally come.  John Eliot Gardiner

The greatest joy of the evening was generated by the wonderfully crisp and rhythmically alert singing of the Monteverdi Choir  Rupert Chistiansen, The Telegraph ★★★★

A better interpretation can hardly be found.  El Punt Avui

The Monteverdi Choir was on dazzling form and captivated with its ability to make sense of every word, every syllable.  Laurent Bury, Forum Opera

The show is a revelation.  Biagio Scuderi, Amadeus

Under the precise direction of Sir John Eliot Gardiner, the sound of the English Baroque Soloists is sumptuous with roundness and sharpness.  Frédérique Epin, Olyrix