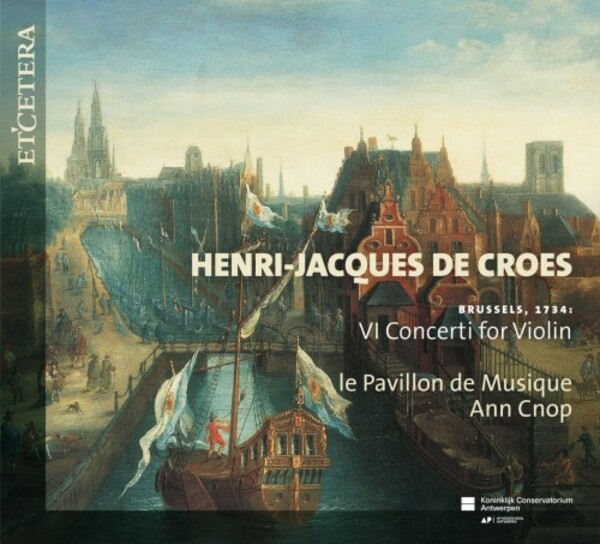 Etcetera is proud to introduce the debut recording of new early music ensemble Le Pavillon de Musique which was founded by Ann Cnop, former first violinist of La Petite Bande. She is also still concertmaster of Concerto Foscari in Hannover.

This is a 2-CD set available at the price of one. The ensemble will focus on unknown or newly discovered music from the baroque an early classic era starting with these magnificent and newly discovered six violin concertos by Henri Jacques De Croes (1705-1786).

Henri-Jacques De Croes was born in Antwerp on 19 September 1705. Little is known about his musical training, except that he went for lessons to Josephus Guillielmus Sousse (Antwerp, 1676-1752) at the Sint-Andrieskerk. Sousse was also cantor at the Sint-Jacobskerk, where De Croes was appointed first violin at the early age of eighteen. De Croess career as violinist took a sudden international turn a number of years later; he entered the service of prince Anselme-François von Thurn und Taxis as first violin and followed him to Frankfurt, the princes primary residence, in 1729. He would later become the princes Kapellmeister.

The concertos recorded here are clearly Italianate in style and are often reminiscent of Vivaldis Le quattro stagioni. To go by the instrumentation of De Croess concertos, it would be easy to classify them as concerti grossi.