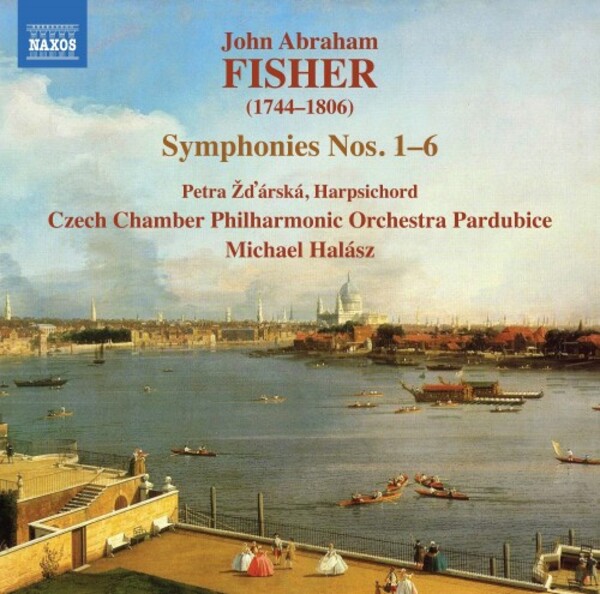 Described as having natural genius, John Abraham Fisher (17441806) was a significant figure in London during the second half of the 18th century. A virtuoso violinist, he also wrote admired stage works for the Theatre Royal, Covent Garden. His orchestral works are largely forgotten today, but his symphonies display a surprising awareness of contemporary continental trends in their use of dynamic variations, revealing the influence of the Mannheim School. Possessing a richness of colour, contrast and surprise, these symphonies typify Fishers expanding Classical style.

The composers name is barely known and this is an excellent opportunity to promote British symphonic music of the second half of the 18th century; he can viewed alongside John Christopher Smith and Thomas Arne.

The Czech Chamber Philharmonic Orchestra Pardubice is valued for its stylistic interpretations and the extraordinary quality of its orchestral sound. They have appeared on several volumes of the Cimarosa Overtures series on Naxos  the final instalment (8574103) receiving praise for their clean and competent (Fanfare) performances under Michael Halász.