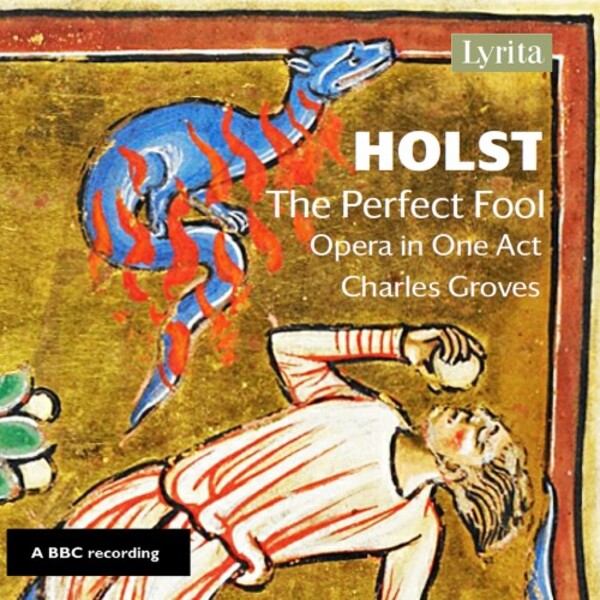 The opera opens with a Wizard working his mystical ways and summoning the spirits of air, fire and water in the form of a brilliant ballet. His plan is to wed the Princess who is destined to select a husband that very day. An older Mother enters with a drowsy sleep-prone son in tow. The Mother is obsessed with a prophecy her son will woo and win the Princess. There is an elixir of course and once drained the man who does so will be loved by the Princess. The Wizard tries some of this on the Princess. The Mother has already switched it for pure water while administering the elixir to her yawning son. The Wizard flies into a fury promising to bring death and destruction on everyone. He departs. A troubadour and a wanderer have appeared and pay songful court to the Princess which she is having none of. When the Princess sees the Fool she falls in love with him and asks him to marry her. He answers with the word No but the whole scenario leaves you wondering about their future. The Wizard returns with his horrors but after some stern and encouraging words from the Mother all the Wizards fell crew are burnt to a crisp.

Produced by Lionel Salter
A BBC studio recording, broadcast on 7 May 1967