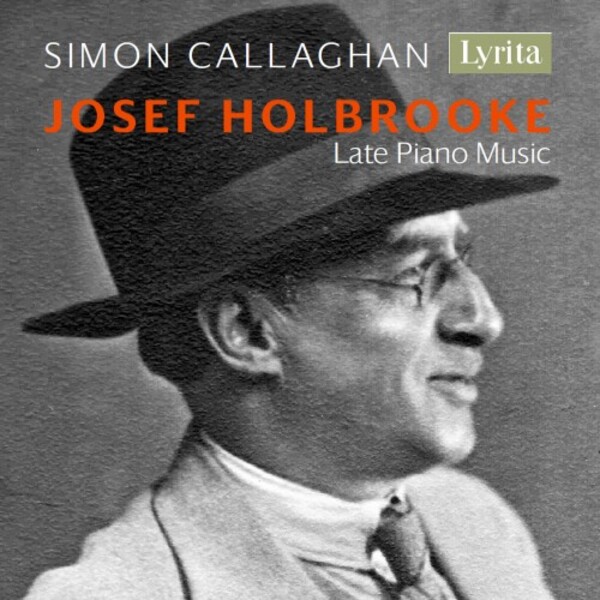 The music on this disc dates from the composers later years, and are largely based on themes from his earlier successes. The inspiration for Holbrookes music was almost always literary; hence, the large number of symphonic poems and pieces with literary titles or subtitles in his work list.

Almost all the 8 Nocturnes, op.121 employ material from some of Holbrookes most successful and popular earlier works. The music critic Ernest Newman, in an often quoted appreciation of the composer written in 1902, wrote that Holbrooke can do quite easily and unconsciously what [Richard] Strauss has only done half a dozen times in his career  he can write a big, heartfelt melody that searches us to the very bone, and these Nocturnes display Josefs gift for lyricism.

The two Fantasie-Sonatas, opp. 124 & 128 respectively, are important and substantial works from Holbrookes later years. The first is closely based on the opening movement of the Dramatic Choral Symphony Homage to E.A. Poe, op.48 (1902-1907), but skilfully adapted for pianistic effectiveness. The second Fantasie-Sonata, Destiny, does not recycle earlier material: it is an entirely original composition of two movements.

Based on the slow movement of the fine Horn Trio, op.28 (1902), Cambrian Ballade no.4, op.104 Maentrog commences in the lilting character of a berceuse. A more animated central section leads to an ardent reprise of the opening theme and a coda like a sudden shower of rain. It is tempting to think that in this composition the composer looked back wistfully to a period when his creative fires burned brightly and his talents were recognised by the musical world.

Simon Callaghan has been praised for his velvet-gloved pianism of ravishing sensitivity (The Strad). A Steinway Artist, Simon Callaghan performs internationally as a soloist and chamber musician. His recent tours have taken him to Japan, Malaysia, Thailand, Hong Kong, Canada and throughout Europe, and he has performed at all of the UKs major concert halls. He recently completed a PhD at the RNCM researching the works of Roger Sacheverell Coke (1912-72).